Several mathematical problems that are of high relevance for current ecologic, societal and economic challenges are impossible to solve with established computational methods, which rely on semiconductor-based CPUs. A typical example is the travelling salesman problem that implies the task to optimize the routing of an individual with a multitude of destinations. The possible combinations of different routes can easily exceed the computing powers of today’s supercomputers.

Bio4Comp tackles the challenge of mathematical problems with exponentially increasing complexity by a novel approach called “network-based biocomputation” (NBC). It uses a combination of physical and chemical guiding of filaments with the help of biomolecular motors in order to solve a mathematical problem. The problem itself is encoded into the structure of a nanofluidic network, which defines to possible routes of filaments. The mere number of such “agents” travelling in the system quickly adds up to sufficient computing power for solving complex problems.

However, the implementation and scale-up of NBC is not trivial. Bio4Comp pursues several approaches to establish NBC. A particular task of Fraunhofer ISC in the project is the fabrication of error-free junctions, i.e. pass junctions without the possibility of erroneous movement into wrong segments of the network. This is accomplished by extending the network into 3D space. With two-photon polymerization as a 3D additive manufacturing technology tunnels and overpasses are created, that separate the motion of agents travelling in different channels through the network.

This helps to reduce the error-rates for the detection of correct solutions to the problem, hence the scale-up for increased complexity. 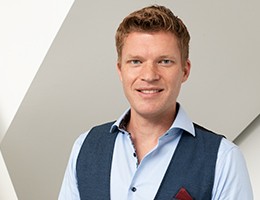